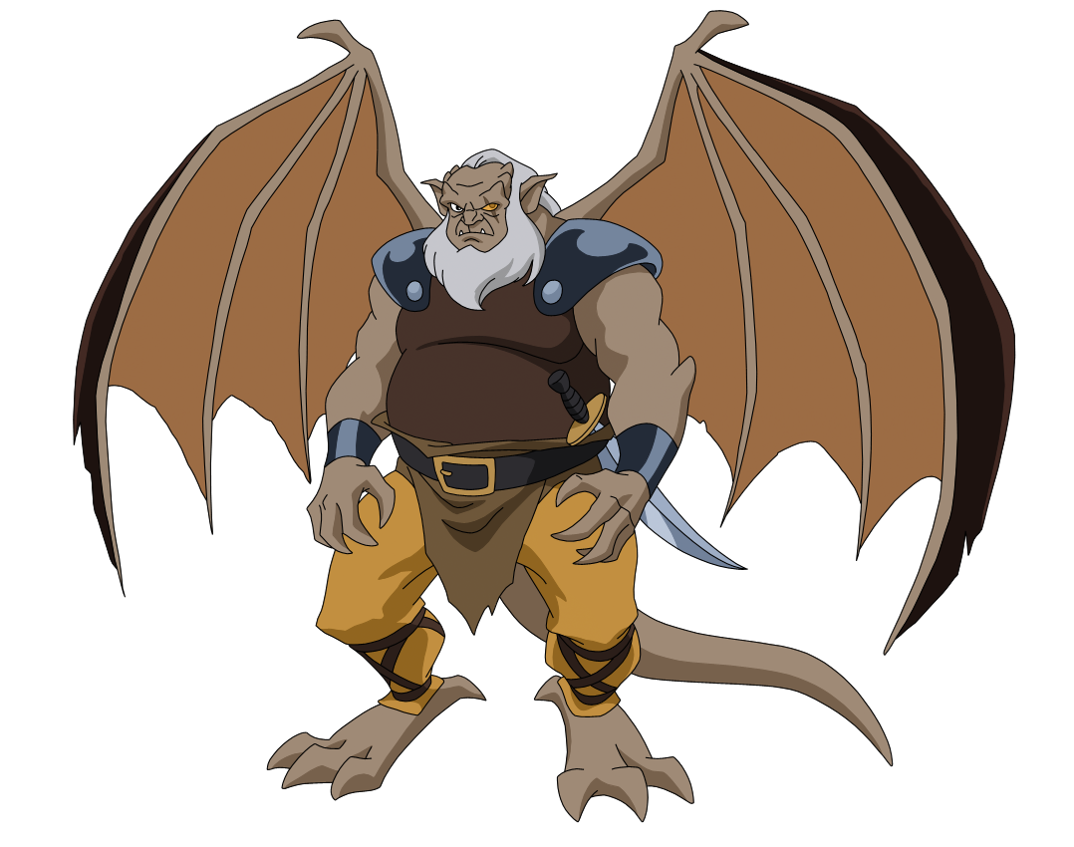 Bio: Hudson is the former leader of the Wyvern clan, a position he'd held until 984 AD, following a perilous battle with the Archmage that had left him blind in one eye. In 994, Vikings had attempted to attack his clan's home, Castle Wyvern, but he and the other gargoyles had managed to repel the attack, sending the Vikings running. However, they'd returned later, while he and his successor, Goliath, had been away from the castle. The two of them had returned to find the castle's human inhabitants taken captive and their kind smashed to pieces as they'd slept encased in stone. The only survivors of the massacre had been a trio of younger gargoyles and a doglike gargoyle beast. Taking the remnants of their clan, Goliath had sought out the Viking leader Hakon for vengeance, only to discover that the Vikings had been aided by the castle's Captain of the Guard, previously an ally to the gargoyles. Arriving at the Vikings' camp, Goliath had gone to confront Hakon and the Captain, who had taken the castle's princess, Katherine, hostage. Fearing for the princess's safety, her advisor, The Magus, had lashed out at the other gargoyles, cursing them into a permanent stone sleep until such time as Castle Wyvern would rise above the clouds. However, Goliath had returned with Princess Katherine alive and well, and upon seeing the rest of his clan in stone sleep at night, had insisted that The Magus cast the curse on him as well. All six of them were then awakened a thousand years later, in 1994, when American businessman David Xanatos had purchased the castle and had had it transported brick by brick to New York City, where the castle rose above the clouds on a skyscraper also owned by Xanatos. The clan soon befriended police detective Elisa Maza, and all except Goliath had chosen names for themselves to fit their new surroundings, as names weren't something gargoyles were in the habit of using.